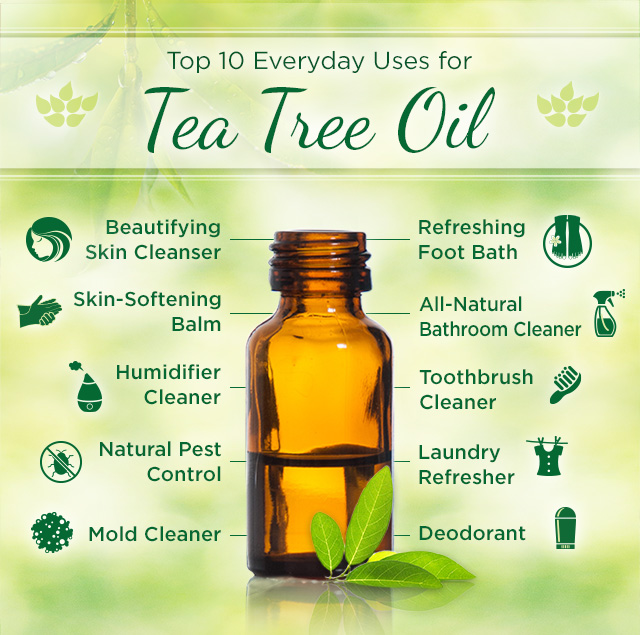 Tea tree, also known as melaleuca, is well-known for its powerful antiseptic properties and ability to treat wounds. Tea tree oil (TTO), the volatile essential oil derived mainly from the Australian native plant Melaleuca alternifolia has been widely used throughout Australia for at least the past 100 years. And for over seven decades, it’s been documented in numerous medical studies to kill many strains of bacteria, viruses and fungi.

While records show that tea tree has been used for thousands of years by some indigenous people, thankfully today science is finally catching up and describing why tea tree oil is so effective. To date, over 327 scientific studies refer to tea tree oil’s antimicrobial prowess alone.

Some of the many traditional uses for tea tree include healing:

Another fantastic way to use tea tree oil is as a household cleaner. Tea tree oil have powerful antimicrobial properties and can kill off bad bacteria in your home. To make homemade a tea tree oil cleanser, mix with water, vinegar and lemon essential oil then use it on your counter tops, kitchen appliances, shower, toilet and sinks.

The information on this website has not been reviewed by the Food & Drug Administration (FDA). These products are not intended to diagnose, treat, cure, or prevent any disease. The materials presented here is informational, and is not intended as simply a solicitation to sell products. We do not claim to treat, cure, prevent, or mitigate any disease or illness.